FREE SHIPPING Free shipping on all orders over.

MONEY BACK GUARANTEE 100% money back guarantee. 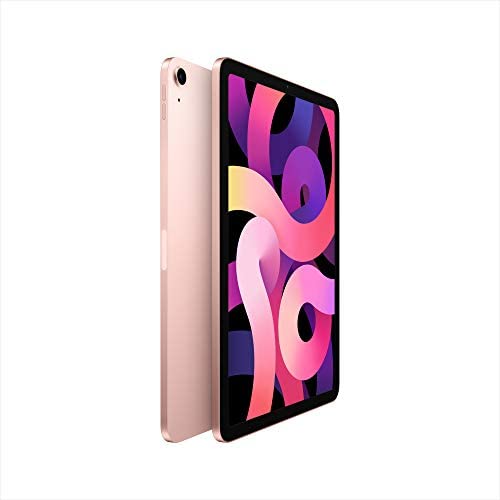 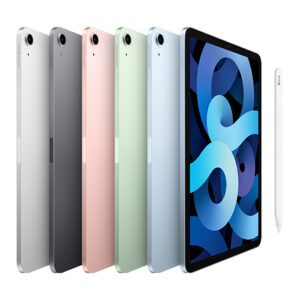 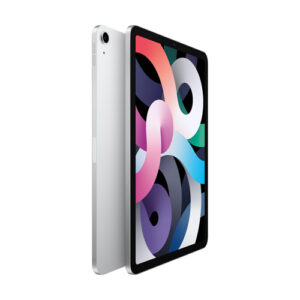 Apple introduced the iPad Air 4 in September 2020 as the next evolution of the non-pro tablet line. It has a 10.9-inch edge-to-edge display, Touch ID in the power button, and powerful A14 Bionic processor. It also adds support for the Magic Keyboard, second-generation Apple Pencil, and USB-C.

The iPad Air 4 ditches the dated design of the iPad Air 3, moving to a 10.9-inch, nearly edge-to-edge screen design that takes on the same design as the iPad Pro.
This fourth-generation model has a Liquid Retina LED display like the current iPad Pro, but it lacks the iPad Pro’s 120Hz ProMotion display. It is capped at 60Hz like previous generations,

The updated model moves to an A14 Bionic processor, the same chip that powers the iPhone 12. It is a big step up from the A13 and another proof-of-concept of Apple’s ability to push Apple Siliconforward each year.

The updated iPad Air also moves closer to the iPad Pro by switching from Lightning to USB-C. It is limited to 5Gbps — compared to the iPad Pro’s 10Gbps — but supports the same peripherals. It can only output video up to 1080p when connected to an external monitor.

There are no reviews yet.